After my first dabble with the idea of a floating frame I had a closer look at the You Tube video HERE and also some other images online  and realised that my original frame wasn't actually 'floating'.  I thought I should have another go so I stamped some flowers and leaves, cut them out with scissors (no matching die sadly) and because I don't have any of the sticky film mentioned I tried using a piece of paper from a roll of masking paper which I've had for years and which has a non permanent tacky side to it.  The gems have filled in some of the gaps to help the illusion.  I still have the floating circular piece to make into a second card at some point, 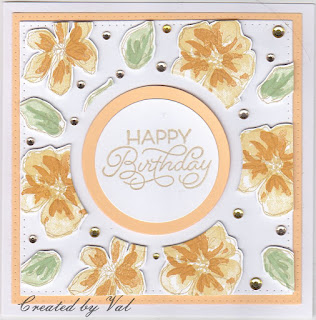 Stamps used - Penned and Painted from Stampin' Up (discontinued I'm sure)
Sentiment - from a free set given away with a magazine
Posted by Aquarius at 11:45 4 comments: 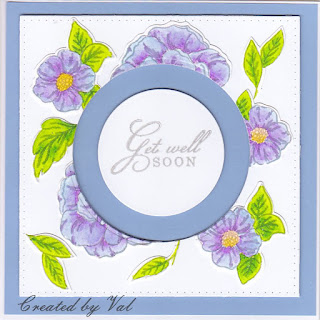 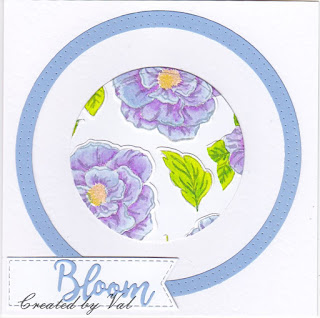