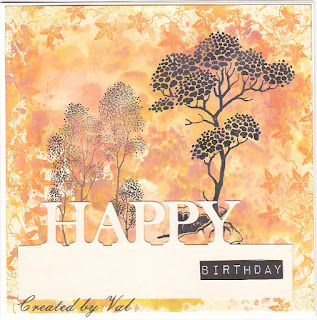 It is worth popping along to the Playground to see a great Christmas card made using a die and would you believe there are three of these being offered as prizes if your entry is picked out of the 'hat'.  I decided to take along a baby card which was made using up various snippets of card from my ever growing collection of 'bits'.  I've used snippets of various patterned papers for the background and banner - the image was die cut from a sheet which I downloaded and printed.  A circular sentiment and a strip of faux ric-rac completes this card to welcome a baby boy. 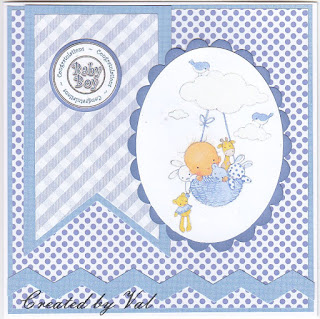