During my recent tidying up I gathered together various bits and pieces which were piling up on my desk and decided I would try and use them up to make some cards.  This saying had obviously been printed out but I'm afraid I have no idea now of the source, nor what I meant to do with it originally.  I've now cut it out using Spellbinder labels dies;  backing paper has been overprinted using a flourish stamp; the embossed panel was an experiment in inking the folder before running it through the machine;  a spray of leaves (Tattered Lace die) and a few die cut flowers made from scraps and that is another card for my box. 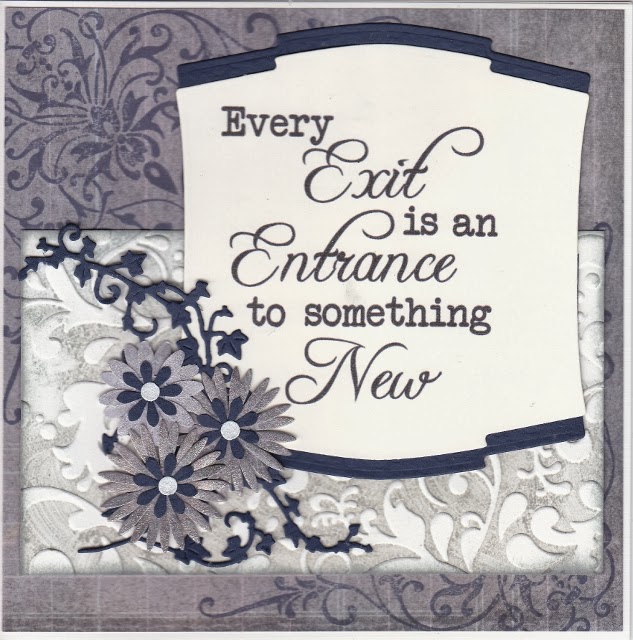 That's it, three New Home Cards made and probably time to move on to something else for a change.  I've chosen another bird house image from Polkadoodles and this time I added some little die cut birds (Memory Box die); cut the image with a Sizzix (Stampin' Up) label die and layered it onto a Spellbinders lattice die cut.; again a computer sentiment but popped onto Cuttlebug scalloped shapes; backing paper is a freebie from a magazine (I have loads of these which should be used up!!). 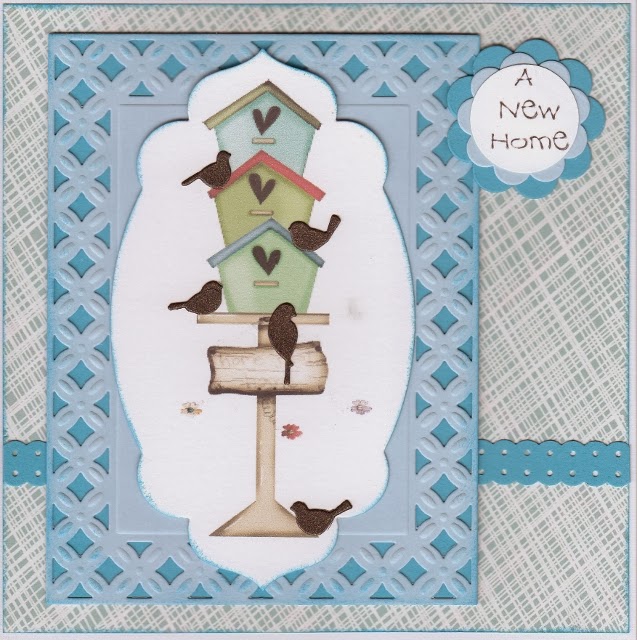 Another New Home card, also using a quirky house image from Polkadoodles with paper and card from my stash.  Image was cut out and layered onto Spellbinder die cuts; the border was cut using a Tonic punch and one from EK Success. Computer sentiment was put onto some die cut and punched shapes using up some of my smaller scraps. 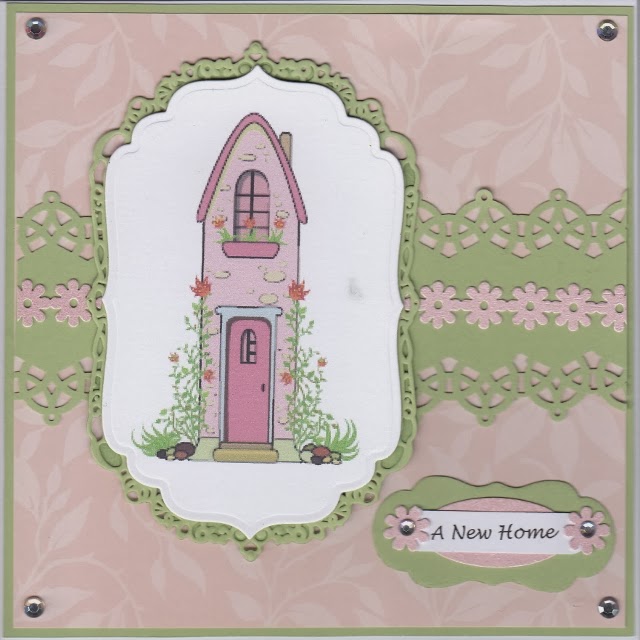 I've been sorting out my stock of cards and realise I am down to my last 'New Home' one so that is something which must be remedied.  This is one I've just made using a cute image from Polkadoodles which has been cut out using a Sizzix (Stampin' Up) label die - backing paper is also from Polkadoodles and I simply added a decorative Spellbinders border, some ribbon and a computer sentiment.  I have a couple of other quirky house images so will have to see how I can put them to use in different ways. 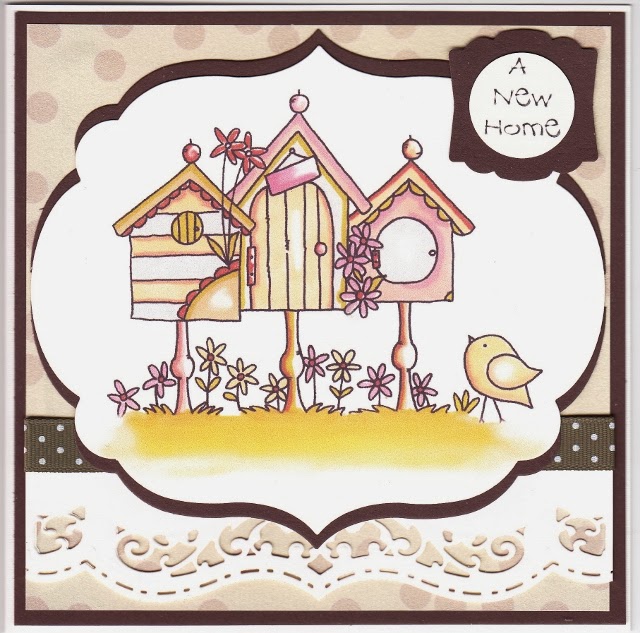