This project is another one of my demonstration samples and this time I used a box frame which I'd had hanging around for quite a while - I buy these things when I spot them and often don't get around to actually doing anything with them immediately.  What is it they say about roads being paved with good intentions - that's me!!  I spotted the quote on an item in a shop recently and quickly jotted it down - something I often do rather than trying to remember until I get home.  This was reproduced on the computer using a variety of fonts, then cut out with a die.  The fancy die behind the quote is quite a large one so I cut it through the middle and removed part so that it would fit the space (join is hidden by the quote die shape).  A die cut bow and a few flowers were added - this now sits on my mantelpiece at home - fun to make and in my opinion nicer than the plaque from which I 'borrowed' the quote. 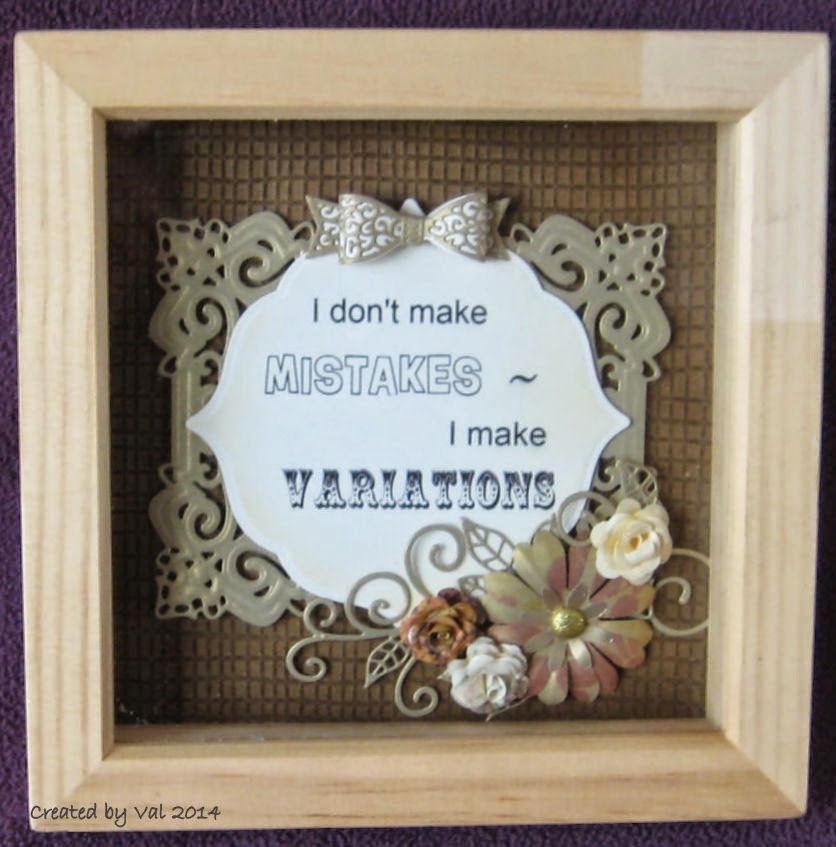 This 'card in a box' which surprisingly folds flat for posting was another of the samples I made for my recent demonstration days.  Apart from the piece of card for the main body of the card, everything else is cut using pieces from my bits boxes.  The panels on all the flaps were embossed and sponged with ink to show up the pattern and I've added stamped flowers (punched) and die cut butterflies. 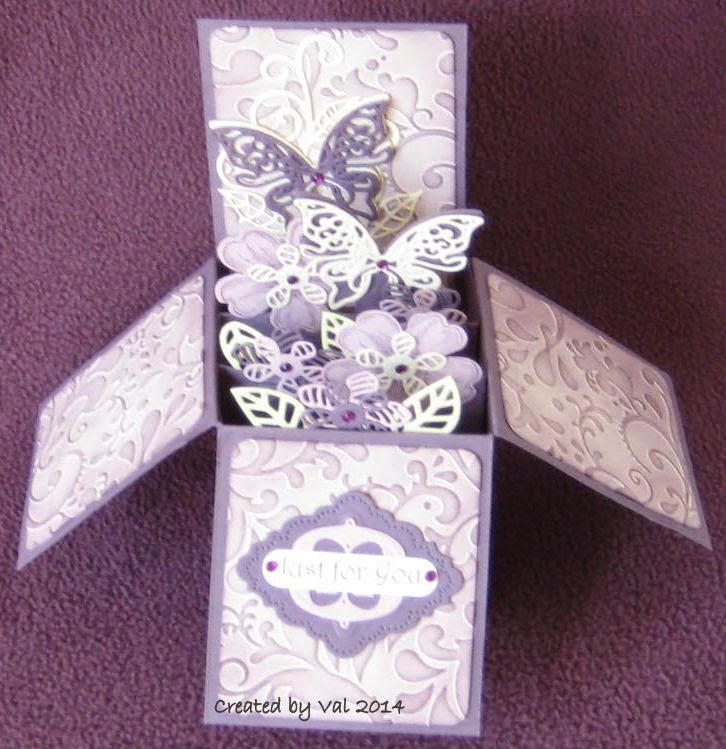 When I was making samples for  recent demonstrations of die cutting and embossing I had an idea for a gift bag and managed to incorporate a recycled bag which I received with some shopping a while ago (never throw anything out is my motto!!)  I embossed a panel large enough to cover the store logo and then decorated it using a selection of the Sue Wilson seasonal dies which were being promoted in the shop - they sold out!!  I see the corners of the bag are a bit creased by handling but I'm sure I can get the iron out to flatten it.  I've taken pictures of some of the other items I made and they might appear here in due course. 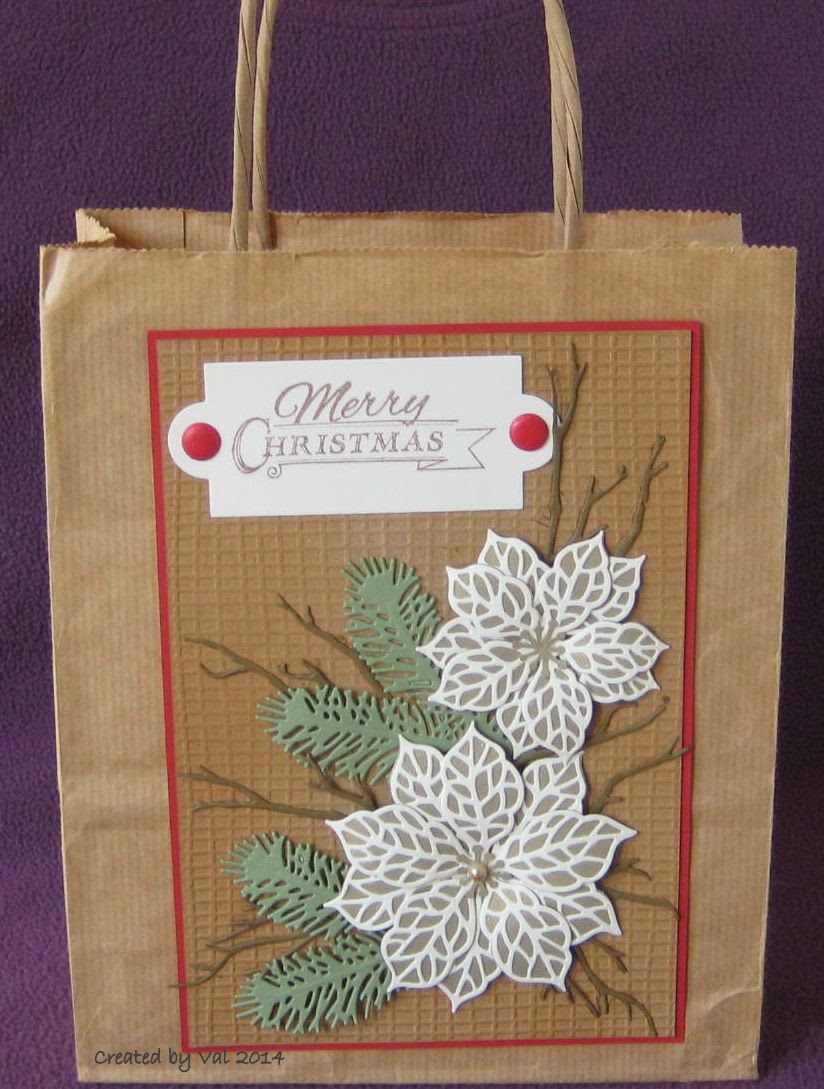 The challenge for this week at Make My Monday is to use autumnal colours which as they say is 'easy-peasy'.  I've been out in the garden tidying up some of the overgrown shrubs - at least until my green garden waste bin was stuffed full, then I came indoors for a rest!  While I was dabbling quietly with Craft Artist by way of relaxation I thought I would see if I could come up with something suitable.  I've made this fun anniversary card using a selection of items from various digikits. 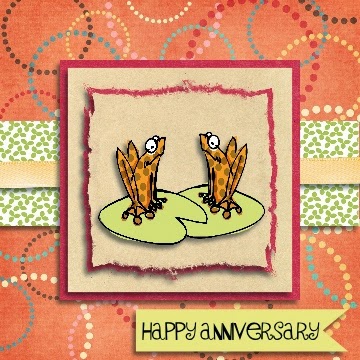 My card for the Pixie Snippets challenge this week is another one using snippets of quilling paper - this time formed into a simple Christmas tree.  The rest of the card is put together using oddments from my bits and pieces boxes so plenty of 'snippets' this week.  I quite enjoyed my return to quilling but wouldn't like to do it exclusively because I much prefer to experiment and 'dabble', trying many different techniques and styles.  Variety is the spice of life they say!! 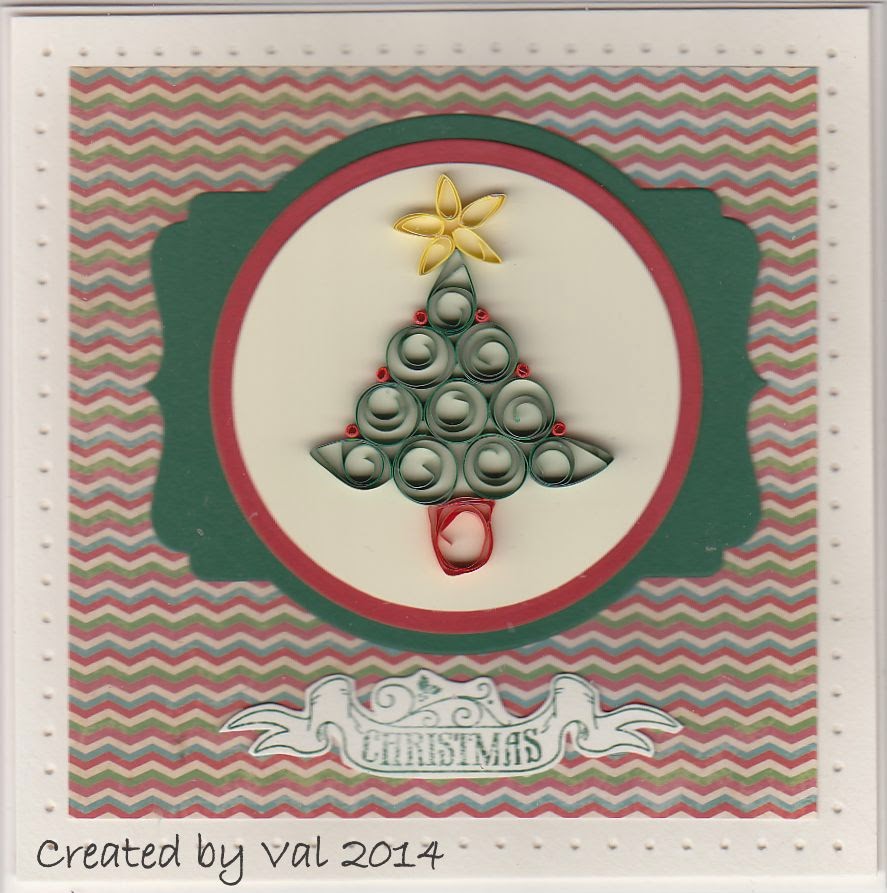