I've made another simple wedding card today or of course it could be for an anniversary.  Thank goodness die cutting is popular and of course I do have 'few' dies!!  because at the moment I'd struggle with colouring an image or doing any parchment work.   I've die cut some hearts in two colours of pearl card then layered them and simply added to a background with a strip of die cut lace and a couple of fancy corners.  The summer seems to have gone walkabout today as I'm actually feeling quite chilly and trying to resist putting on some heating. 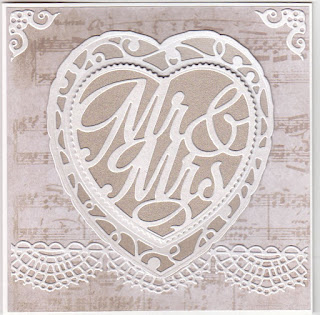 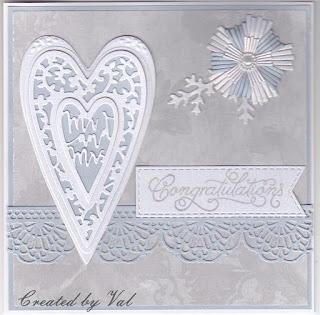