I see that the latest Allsorts challenge is **sparkle and shine** and this recently made Christmas card came to mind because sparkly silver card has been used behind the die cut snowflakes and also for the decorative word which is the main feature of the card.  A piece of suitable paper came from my Christmas oddments box, job done - another card ready for the festive season. 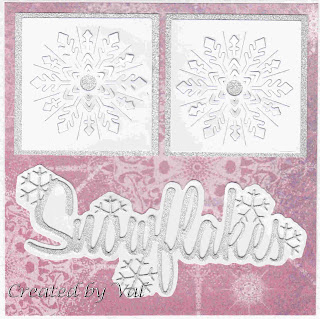 An extra special week on the Allsorts blog with it being their 700th challenge and as they are asking for something which celebrates a special occasion  I've chosen to go with Christmas.  Do pop along to see the special occasions chosen by the talented guest designer and the regular design team members.  Some great prizes to be won as well.

A generous blogging friend kindly sent me this reindeer stamp so of course I had to feature him on a card straight away.  Background was produced using Distress Oxide inks and the details stamped using Versafine Clair. 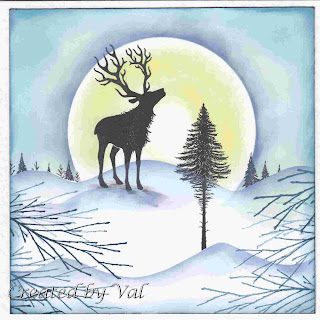 The current challenge over at the Playground has an optional theme this time and yes, you've guessed it, Halloween or Autumn although if you want to play along with 'anything goes' as usual then that's fine.  Plenty of fun things going on there as well with hot soup, witches brew and the like and there's a rumour that the residents are dressing up😉.  Of course there is a great prize to be won  so why not delve into your supply of snippets and have a go.

I have no need of a Halloween card but I did decide to go along with the Autumnal idea and everything apart from the card blank was taken from my snippets mountain - mostly using white or cream snippets which I've coloured.  The first thing was to find some not too small pieces which were smooshed through a selection of Distress Oxide inks which, once dry, were used to die cut the larger leaves with the addition of a touch of gold glimmer here and there.  The toadstool and other small pieces were die cut from the cream and then coloured using Distress markers; the two layers of wreath were cut from snippets of brown and green.I found a larger cream snippet which was trimmed to fit onto the card, leaving a small margin and another die was used to cut out the corner detail, backed with yet another snippet of text paper, adding a few inky splodges along the way for added interest.  I even used a tiny snippet of raffia tied into a knot - you will have gathered by now that I rarely throw anything away if I think it could be used 🤣. 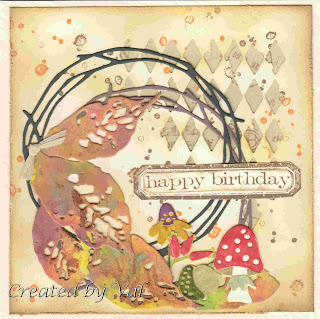