I recently went to a wonderful Stampin' Up Day presented by the lovely Jill of Jill Stamps Up where we had a stamp set to use and take home with us.  We were given a wide selection of projects with 3D items to make and some cards too.  It was a very busy day and Jill had worked so hard to provide us all with comprehensive 'kits' and instructions for everything.  I didn't quite  manage to get everything done in the time and went away with 'homework' so to show some of my friends that I actually finished off things at home here are a couple of the cards - still two more to do!  It was amazing and interesting to see lots of lovely samples showing various ways to use this set of stamps in so many different ways.  There was double stamping involved here but relatively easy to do with the photopolymer stamps. 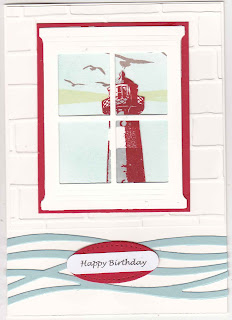 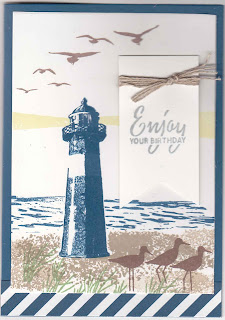 I've been making an effort to restore some semblance of order to the chaos which is my craft room and naturally have come across a selection of images, bits of card (some of which has been treated in some way) and other general detritus which all need either using up or throwing out.  Those who know me well know that I don't really 'do' throwing out except in extreme circumstances so at the moment I'm in 'using up' mode.  The image on this card was just waiting to be coloured, which I've now done using a mix of alcohol pen and coloured pencil; the pieces of card are all scraps which I've now die cut into useful shapes; the background paper is from my box of paper pad remnants and of course I've used three more pieces of 'card candy' - I probably have thousands of them in various colours (not counting though).

I'm ploughing my way through so hopefully I should have some more cards to show you. 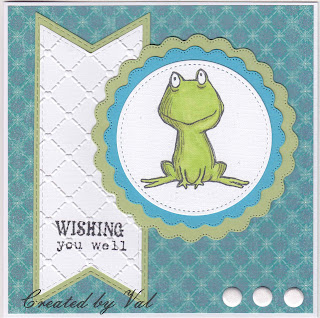 Card for a Friend

I have a friend who loves elephants so I thought this card would be just right.  Image has been coloured using alcohol pens and coloured pencil. A fairly quick card to make using background paper from my stash along with some die cut label shapes and an embossed strip of kraft card.  I came across a huge amount of 'card candy' recently when tidying up so I will be trying to use that up - all of two tiny pieces here so a long way to go!! 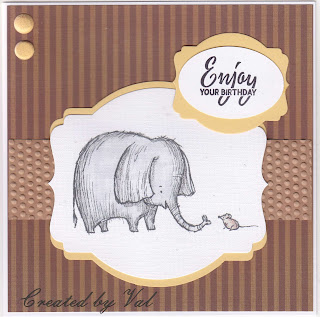 Off to the Playground

It is time to dash off to the Pixie Snippets Playground again with a card for the fortnightly challenge and this time it is a simple offering of paper piecing.  Various snippets of patterned paper have been used for the background, a floral panel and of course for the dress and umbrella. Snippets of white and green card were used for the ovals and also for the sentiment.  The card featured on Di's post this week is quite humorous and of course uses stamps and dies which are offered as the prize - if you fancy owning them it would be worth entering for an opportunity to go into the 'draw. 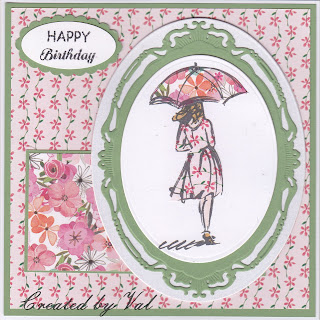 Image - from Beautiful You set by Stampin' Up
Patterned papers - oddments from my 'bits' box
Sentiment Ovals - punches by Stampin' Up
Large ovals - Spellbinders dies
Posted by Aquarius at 09:06 6 comments: