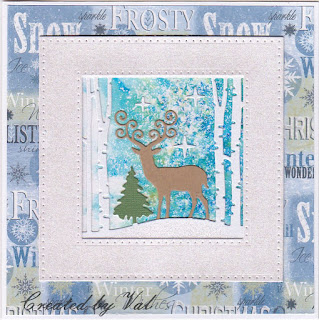 Background paper - from my stash bought some years ago
Frame - Sue Wilson Noble pierced squares dies
Image - die given away free with magazine
Sky behind stag - watercolour paper with Brusho
Posted by Aquarius at 15:30 4 comments:

It is time to visit the playground again HERE to post another  card which this week is entirely made from snippets.  Background is a snippet of whitewash card which has been embossed and sponged with ink; the hexagons were cut from scraps of shabby vintage paper; centre one is a contrasting scrap of card with a sentiment stamped onto yet another small white hexagon; finally three flowers were punched from the remnants of shabby vintage card. ...and still my pile of scraps doesn't diminish!! 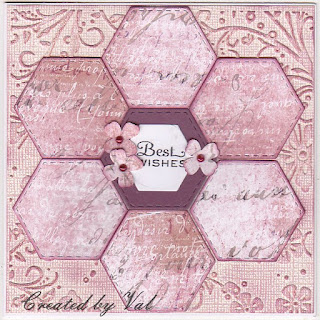