The stamp used on this card is from a set which has long been retired but there are some nice dual stamping designs to choose from.  I started by die cutting some layers using Sue Wilson dies, stamped the flower and cut it out with an oval die.  A computer sentiment was added and a stamped and punched butterfly. 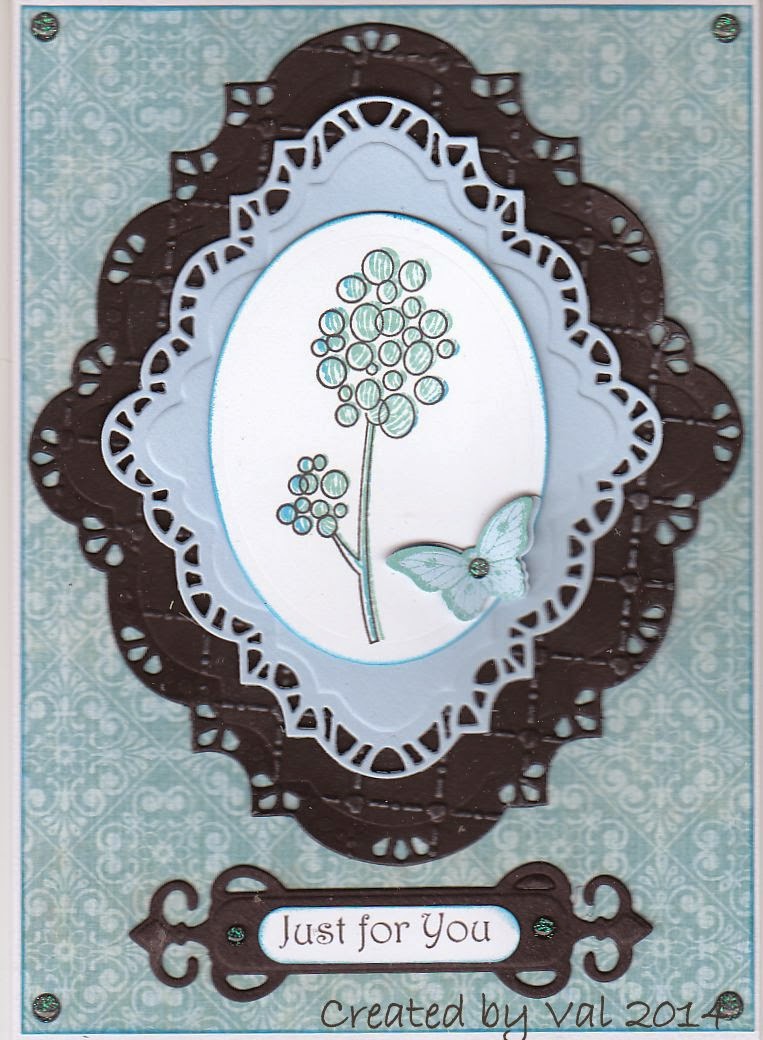 It's almost a week since I last posted and I'm not too sure where that week really went because I don't think I've achieved a lot one way and another.  I have been flitting in and out of the craft room dabbling with bits and pieces including a bit of tidying up along the way.  My card for the Pixie Snippets challenge this week is made using various items which came to light.  I did a bit of doodling around the gingham paper; image was from a sheet which came free in a magazine and has been die cut.  The larger flowers were cut using a Sizzix die which I came across during my efforts to reorganize dies into some sort of sensible system so that I can readily see what I have.  The smaller flowers, leaves and sentiment layers were cut from various snippets of left over matching colours. 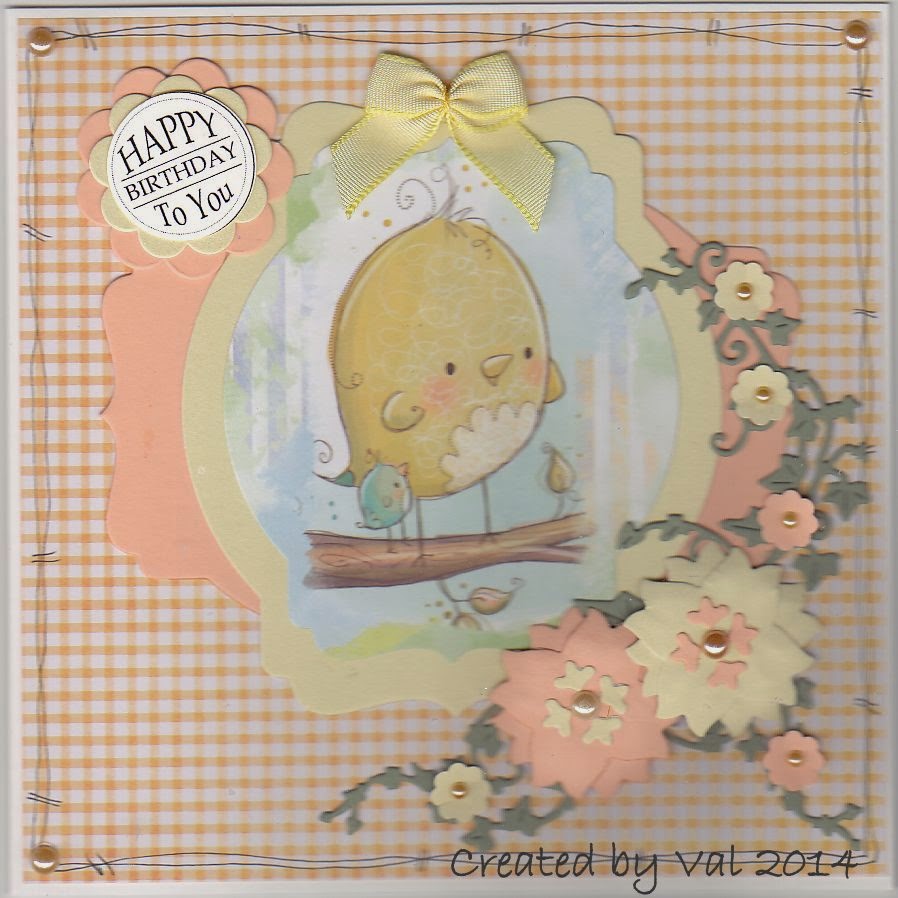