On the Make My Monday Challenge blog they are asking for a male themed card this week and I've made a collage style one.  There are some great examples on their blog made by the design team so worth popping over to take a look for ideas - often difficult to come up with cards for men.  Because I've mainly used bits and pieces from my 'bits' boxes this one will make a third entry (three in two weeks) for the Pixie Snippets challenge where anyone making three cards gets put into an extra draw.  Apart from the background paper which I printed from  a Funky Hand programme the remaining elements were either just lying around (the snippets of cogs) or were made using scraps of card rather than cutting into new pieces.  I was beginning to think I'd never get this card made though because my printer threw a wobbly and everything I printed came out in weird colours which entailed a lengthy process of checking all the cartridges to find out where the problem was, cleaning everything a couple of times and eventually I managed to get this paper printed in the right colour - everything kept coming out in bright pinky mauve colours which was frustrating to say the least!! 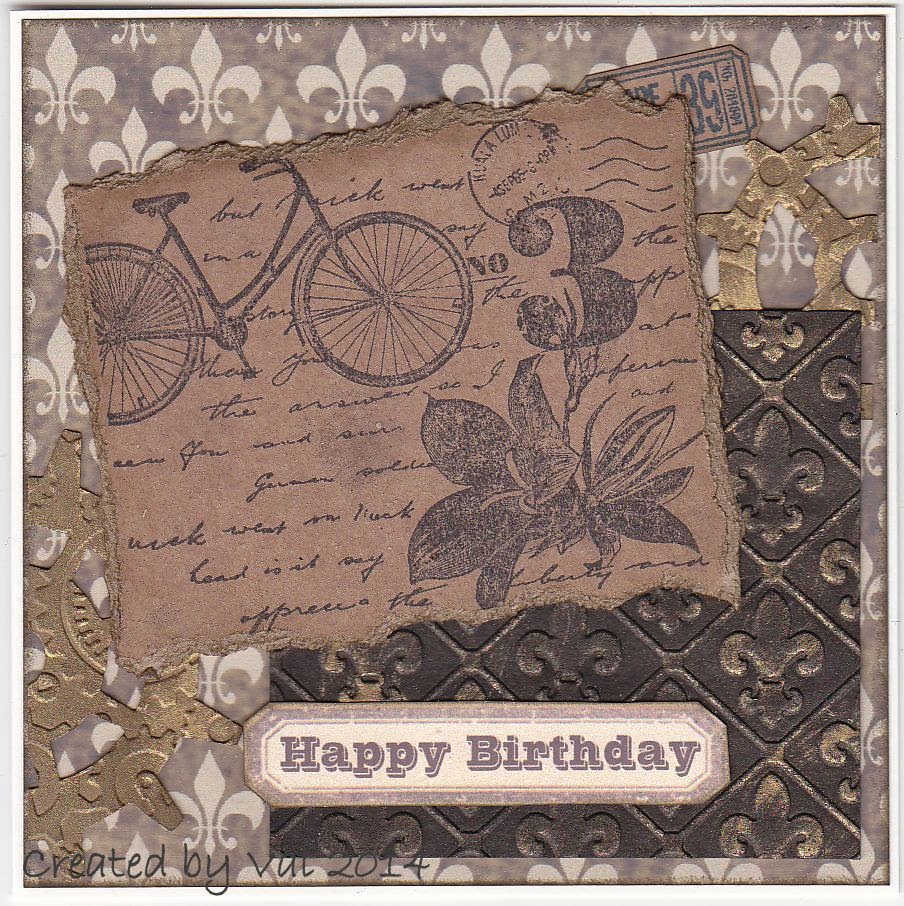