I was tidying up a few files on my external hard drive and came across several digital 'stamps' which I've had for so long that I've forgotten quite where they originated and some of them haven't even been used as I can recall.  I thought this one would make a good card for a young male and the image has been combined with some die cut bits and pieces - still using up scraps! 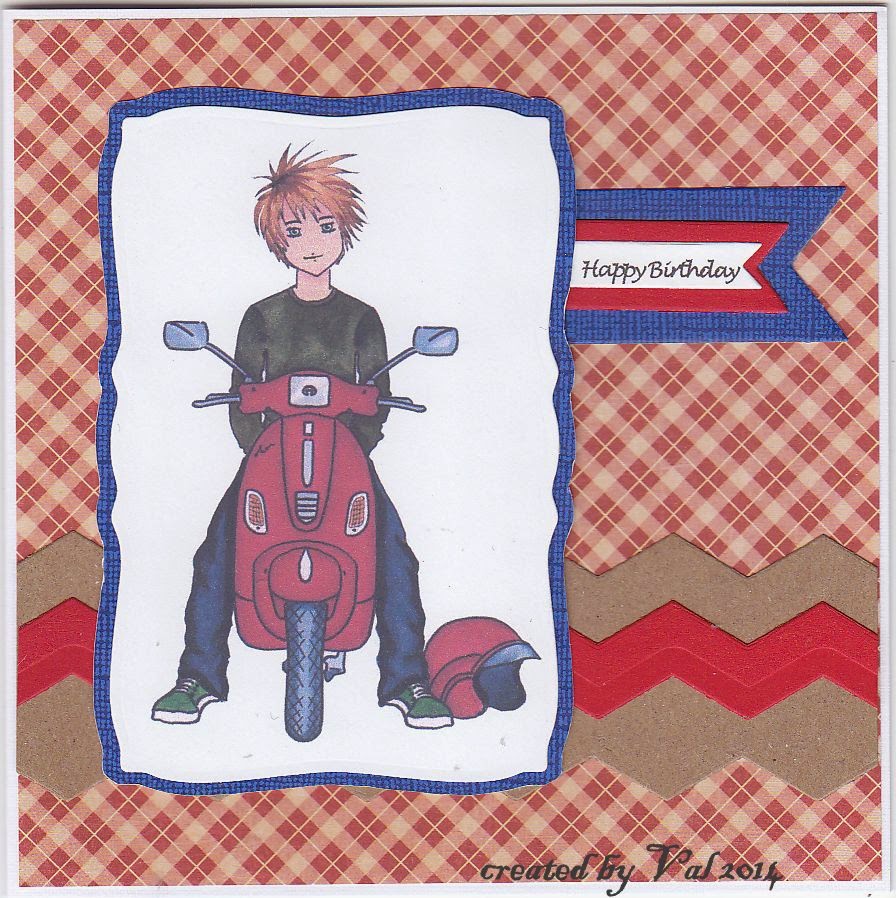