I met up with some friends recently for coffee and a crafty chat and was reminded of some dies which I bought a while ago - two together in a pack.  There was an elephant which I used at the time and also a giraffe which until now hasn't seen the light of day but now he appears on two cards.  I made two similar cards because the die was cut using two colours of card so that I could mix and match the pieces.  The giraffes were popped onto some die cut circles, set to one side so that I could trim the motif down to be placed along the edge of the card.  Both cards have borders added for interest and a circular sentiment. 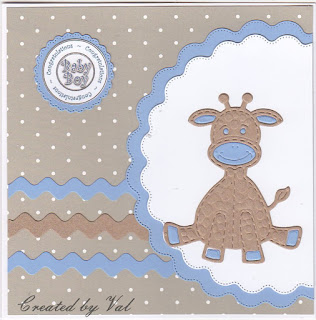 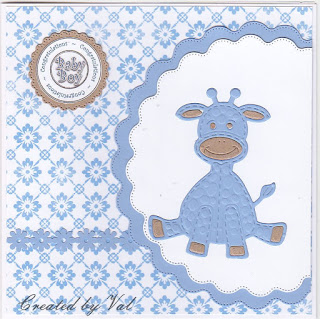