The snippets on this week's challenge card are some stamped and coloured Christmas images which I 'found' when clearing out some of the accumulation of 'stuff' some of which hasn't been touched for years.  These were obviously done and cut out in the days when gel pens were all the rage for colouring - don't see them mentioned much nowadays.  Just as I was about to bin these bits I decided they would suit this challenge so rescued them and just cut some mats from scraps of card using the smaller sizes of a Spellbinder labels die set.  I must say the smaller sizes of the nesting dies don't get used nearly as much as the larger ones.  I found an odd Christmas Greeting to add and now that's another card for the Christmas pile. 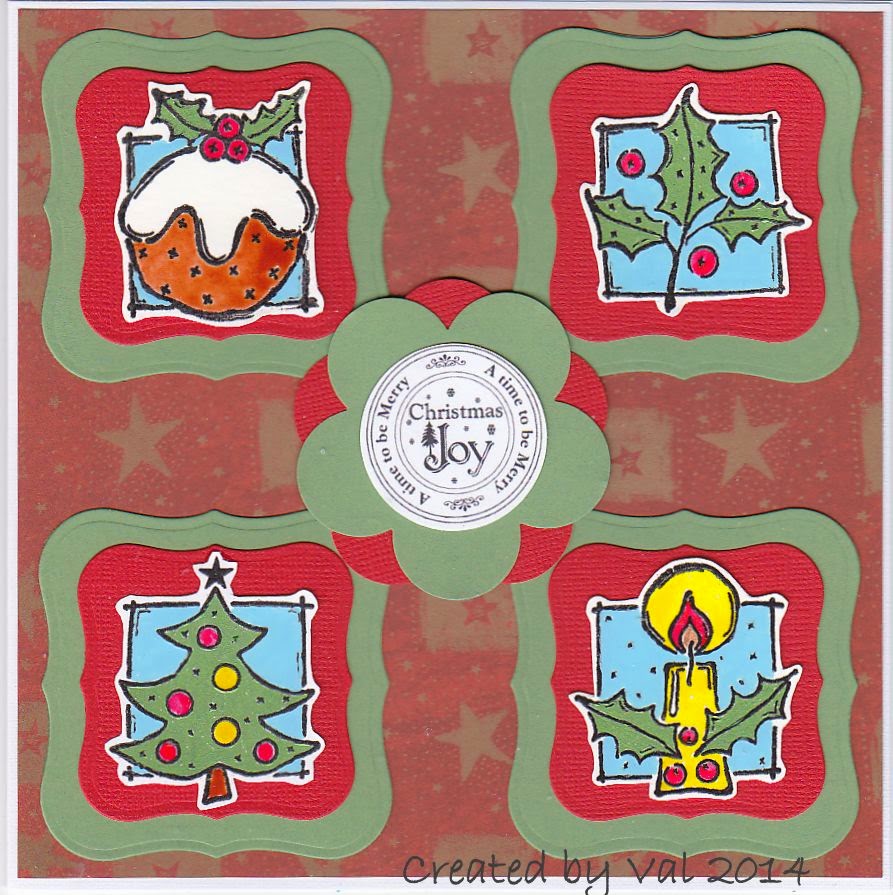