What's this - two posts in one day which is quite unusual for me these days!!  This card was made in response to a request from a friend of a friend for a 90th birthday card with some quite specific guidelines which in fact I found difficult to meet but I put my brain in gear and at least made something which may or may not fit the bill.  If the person who ordered it  thinks it won't do then there is no obligation and I can keep it in my box until someone else is looking for a  for a 90th male themed card.  I was asked to post it on the blog so that she can see what she thinks because she lives at the other end of the county. 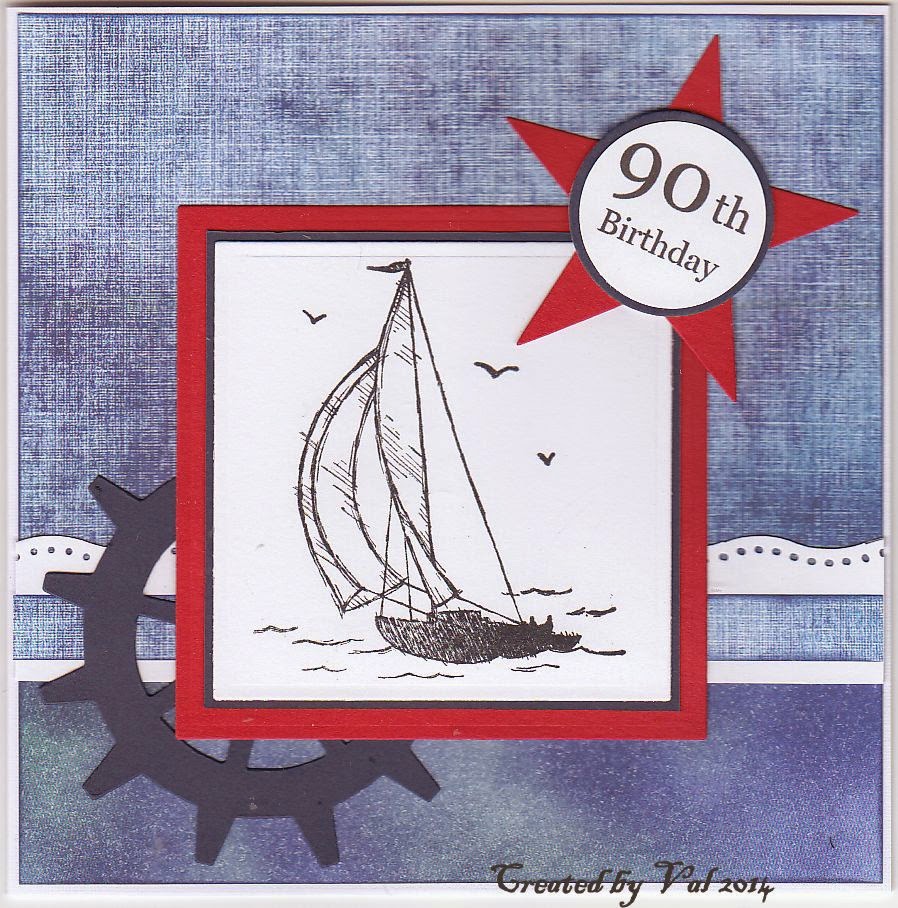 Background paper was some I came across which fitted in with the nautical theme; the image is a Stampin'Up stamp; 'ship's wheel' is a cog die from Sizzix and the wavy border was cut with an EK Success punch; the sentiment was produced on the computer and popped onto a die cut star.