First Card of the Year

Well I've made my first card of 2015 although most of the components were scattered about on my working space because when I get any new crafty items such as dies, embossing folders and so on I just can't wait to try them out on odd scraps of card and often they lie around for a while before they actually get used, mainly because at the time I often don't have matching bits and pieces handy for making a card.  This quilled owl was put together a while ago when I was showing a friend the rudiments of quilling and the other die cut pieces were from my 'trying out' sessions so I searched for a piece of backing paper which I thought would work to use up some of the odd bits rather than tidy them away into various boxes which is what I started out doing this morning - I'm easily sidetracked!!
I thought these bright colours would be cheerful on this dull and grey day. 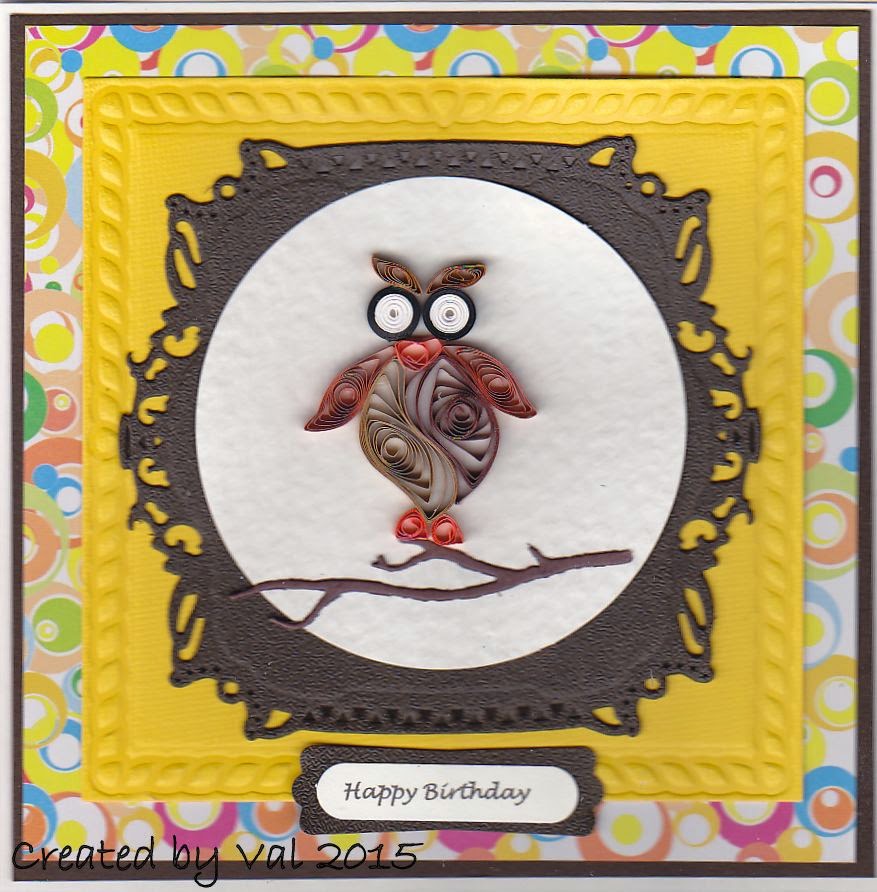